Flying into Narita International Airport, many travelers are surprised to learn they are almost 60 km outside of Tokyo and need to take an hour train ride to get into the city. Its location in rural Chiba Prefecture was chosen in the 1960s when the government realized the smaller Haneda airport could not keep up with the booming postwar air traffic in and out of Tokyo. Many locals protested the new airport that bulldozed over their formerly quiet lives and the bitter fight left the area with some very odd landmarks, such as a heavily secured and monitored shrine that sits almost directly in front of one of the runways. 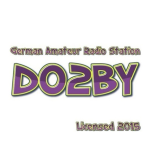 1 Antwort auf &‌#8222;Visiting a maximum security shrine at the foot of the Narita airport runway&‌#8220;